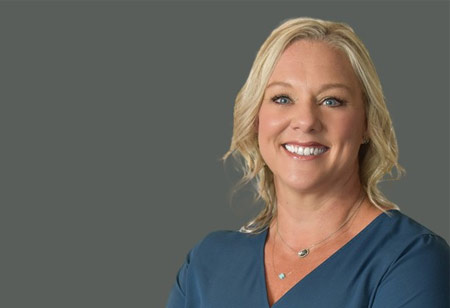 A strong economy fueling new jobs is driving people to growing cities across the country, sparking the build-to-rent frenzy

The build-to-rent home craze is one of the hottest multifamily trends nationwide, spurred by a hot economy, job creation and a cross-country migration. As people move to burgeoning cities for new jobs, they are looking for places to live and often want more space than traditional multifamily homes. BTR homes are constructed as single-family, detached homes or attached townhomes. While they are made to rent, they offer the amenities traditionally enjoyed by apartment dwellers, such as dog parks, activity lawns, pools and grilling stations. Some BTR homes may even offer more private space, like private fenced-in back yards or patios, garages or a floorplan with a home office. The segment is expected to keep growing nationwide. According to rentcafe.com and data from sister company Yardi Matrix, nearly 14,000 units will open their doors to renters this year across the country.  While still a small segment compared to traditional multifamily (330,000 traditional units were delivered in 2021, marking a record year for new apartments), BTR is growing, fueled by trends in how we’re living due to the pandemic, higher prices and supply issues for first-time home buyers and other lifestyle choices.  BTR communities are rising from coast to coast, led by the Southwest and Sun Belt where great climates and cultures attract newcomers. A peek at the Southwest tells the BTR story. Phoenix has some of the largest built-to-rent communities, and it makes sense as the city often is considered the birthplace of the BTR concept. But other markets are close behind. Consider Colorado as a case study. Recently, two B2R communities were announced in Colorado Springs, two outside of Boulder and five for Denver, giving the mountain state a strong pipeline of more than 3,000 build-to-rent units under development, according to various news reports. As one of the top developers and managers of multifamily communities in the country, we at RangeWater Real Estate founded our Storia division in 2020, dedicated to building BTR across the Sun Belt. We earmarked $800 million for this strategy. Since then, this segment has grown to become more than 15 percent of our entire portfolio of 87,000 units under management and $5.6 billion in total capitalization. RangeWater launched its first Storia properties in Georgia and today has thousands of BTR units in the pipeline in Atlanta, San Antonio, Boulder and beyond. We’ve been awarded 76 BTR projects representing 10,144 homes in communities across the country (for projects both under management or under development by our team). We now manage 34 communities, representing 5,041 homes. Our total BTR portfolio is 105 projects, representing 14,378 build-to-rent homes. One thing many BTR communities have in common is the need for more space, which means the majority of them, or about 61 percent, are located in suburbs.

BTR communities are rising from coast to coast, led by the Southwest and Sun Belt where great climates and cultures attract newcomers. A peek at the Southwest tells the BTR story.

In March, we announced one of our most scenic BTR projects yet. Located in Longmont, outside of Boulder near the regional LoBo trail, we’re building Lupine, with 200 townhomes and 36 duplexes just minutes from North Boulder. “Our team is very intentional about where we locate our Storia communities,” says Steven Shores, RangeWater’s president & CEO. “Not only will this area benefit from more build-to-rent housing, it also will be one of our most beautiful projects on 18 acres, with unparalleled mountain views and amenities in a thriving community.” When completed, the project will have one-, two- and three-bedroom options ranging from 788 to 1,423 square feet. Some homes will feature front yards and community amenities will include a pool and pocket parks. With construction starting this year, we expect to begin leasing in late 2022 with completion in early 2024. “This region needs more housing in general and Longmont serves people who work in the growing tech industry in Boulder and the surrounding areas,” explains Kim Sperry, RangeWater’s regional partner in Colorado and Arizona. “People want to live near open space, trails, breweries, unique coffee shops, all of which make this one of the most sought-after communities in the country. This is the perfect location for Storia.” This is our second Storia community in Colorado. The first is The Armory in North Boulder, with 18 three-level townhomes as part of the larger residential village on the grounds of a former Colorado National Guard post. To grow our BTR division, we hired Chase Davidson to help us lead Storia and with the insights of Ashley Casaday who leads our capital markets division, we remain bullish on this sector. We’re seeing more companies raising capital for BTR and creating property tech solutions to help manage these properties. The appeal of build-to-rent homes is broad. They give people more space during the pandemic and work-from-home-era, but combine the convenience of a professionally managed property with great amenities. We’re finding it’s not any one demographic that is attracted to a BTR community. We have younger and older generations and it’s also a great fit for new families, combined families, empty nesters and people who want to try out an area before they buy. We don’t see the BTR trend cooling off any time soon. About the author Karen Key is the Managing Director of Build-to-Rent Communities for RangeWater Real Estate in the property management division, responsible for overseeing operations for the management division, the build-to-rent platform and maintaining client relations for a managed portfolio. .
This content is copyright protected

However, if you would like to share the information in this article, you may use the link below: